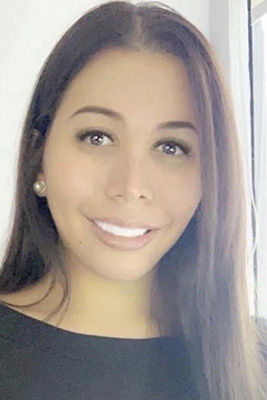 Ashley Figueroa is an award winning leader in social services and a proud Trans Latina American woman. Ashley is the Founder and Executive Director of the Gender Advancement Project (GAP), which focuses on the progression and inclusion of Transgender and Gender Non Binary individuals in Central Florida. Ashley also serves in support of several regional and national organizations working to radically shift our world into a more inclusive and just place; she currently sits on the Advisory Board for Equality Florida’s TransAction program, serves as a grantmaker for the Contigo Fund, is a co-founder and board member of the Orlando Trans Collective, and is an active member of National Network Latin Plus. In 2019, Ashley was appointed by Orlando Mayor Buddy Dyer to serve as part of the City of Orlando’s Census Complete Count Committee. In recognition of her commitment to service to the community, Ashley was named the recipient of the 2019 Voice of Equality honor by Equality Florida, and was named among Watermark’s Most Remarkable People of 2019 for her continued advocacy and leadership within the transgender community of Orlando. In 2020, Ashley was recognized by Honor 41 as part of their list of 41 national leaders to follow in our movement for LGBTQ+ Latinx equality.

Your ticket for the: Ashley Figueroa (she/her/hers)